The Official Opening Ceremony of the 2022 FISU World University Championship Mind Sports took place at the biggest Auditorium of the University of Antwerp in the City Campus “Aula Rector Dhanis”.

It was attended by the Aldeman of Sports Peter Wouters, rector of the University of Antwerp Herman Van Goethem, vice-president of FISU Uganda Peninnah Aligawesa Kabenge, team delegates and student-athletes. Almost 250 accreditated persons were presented.

The Opening Ceremony started with the march pass of the athletes from 20 countries participating in the Championship.

At the Ceremony, the choir sang the national anthem of Belgium, FISU Anthem and other songs, including a song in Flemish accompanied by a little surprising performance.

After the Opening Ceremony, all participants moved to the Antwerp City Hall for a Welcome Reception, where Professor Koenraad Keignaert, President of the Championship Organizing Committee made a speech.

During the reception, the FISU Healthy Campus label has been awarded to the University of Antwerp by the FISU vice-president Peninnah Aligawesa Kabenge. The University of Antwerp is one of the eighteen universities in the world received the “Platinum” label, the highest level of certification. Launched by FISU in May 2020, the Healthy Campus program is a certification process for universities in the field of health and well-being in all its aspects.

All participants were impressed by the historical building and its Renaissance façade, magnificent halls and numerous works of art. 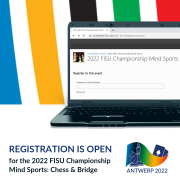 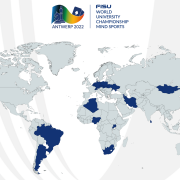 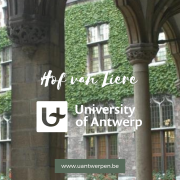 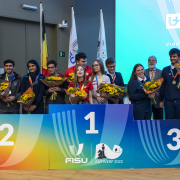 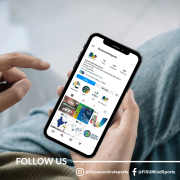 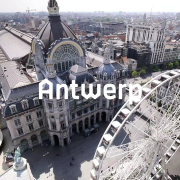 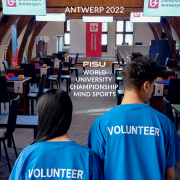 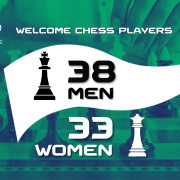